Table of Contents Reframing a ‘two-step’ eligibility test‘Raising the bar’ higher for computer technology Thursday, November 25, 2021 The vexed issue of ‘patent eligibility’ for computer implemented inventions has raised its head again in Australia, this time in the Full Court of the Australian Federal Court decision of Commissioner of Patents […]

The vexed issue of ‘patent eligibility’ for computer implemented inventions has raised its head again in Australia, this time in the Full Court of the Australian Federal Court decision of Commissioner of Patents v Aristocrat Technologies Australia Pty Ltd [2021] FCAFC 202. The decision expands upon principles for assessing the eligibility of computer-implemented technology, but the line between assessing eligibility and other aspects of patentability remains blurred.

Key to Burley J’s first instance decision was the assessment of patent eligibility of computer-implemented inventions by a ‘two-step’ approach which asks:

His Honour ultimately did not find it necessary to proceed beyond the first question. Burley J found that the claimed invention was not for a mere scheme or business method as it comprised hardware and software components, and was therefore patent eligible.

On appeal, the majority of the Full Court, comprising Middleton and Perram JJ, criticised Burley J’s two-step approach, finding that it converted the inquiry of eligibility into a matter of whether an invention is an abstract business scheme (or not), as opposed to patent-eligible subject matter. The majority advanced an alternative approach, which also involved two questions:

Their Honours answered question (1) in the affirmative, finding that the claimed EGM was, for relevant purposes, a ‘computer’ and that the substance of the invention was to the feature game implemented by that computer. Their Honours answered question (2) in the negative, noting that the only aspect of the claim put forward as inventive was the feature game itself – the EGM implementing it was, in essence, no different to any other EGM. Interestingly, at paragraph 93, their Honours recognise that the two-step approach, and particularly the assessment of ‘an advance in computer technology’, will likely overlap with the assessment of novelty. Their Honours ultimately found it appropriate to remit the matter to the primary judge to determine any residual issues in light of their reasons, including whether claim 1 (or any other claim in issue) was a manner of manufacture because it solved a technical problem, or involved technical or functional improvements in the operation of EGMs.

In a separate concurring judgment, Nicholas J cautioned against applying an excessively rigid or formulaic approach to the question of whether a computer implemented invention is a manner of manufacture. His Honour observed that a claim to a computer implemented invention may still be patent eligible even where it does not offer a technological innovation in the field of computers, provided that it provides the solution to a technical problem ‘outside the computer’. To that end, his Honour distinguished his previous decision in Aristocrat Technologies Australia Pty Limited v Konami Australia Pty Limited [2015] FCA 735, which also concerned the eligibility of a claim concerning EGMs, on the basis that the invention in that case provided a technical solution to a practical, real-world problem confronting gaming machine operators (if not an advance in computing technology per se).

In the present Full Court case, Nicholas J found that the claimed invention was not directed to a technological problem residing either inside or outside the computer. However, his Honour noted the lack of oral argument at trial regarding whether a ‘configurable symbol’ featured in the claim might amount to a technical contribution to the field of gaming technology. Accordingly, and consistent with the majority, Nicholas J found it appropriate that the matter be remitted back to Burley J for consideration of whether claim 1 (or any other claim in issue) was a manner of manufacture on the basis that it involved technical or functional improvements to EGMs through the use of configurable symbols. It remains to be seen whether this leaves the ‘door open’ for Aristocrat to achieve patent protection.

The issue of patent eligibility of computer technology nevertheless remains live in Australia. Another Full Court (with Burley J on the panel) heard an appeal of an earlier decision regarding patentability of a computer-implemented invention in Repipe Pty Ltd v Commissioner of Patents in August 2021. Judgment in that matter is currently reserved.

Mon Nov 29 , 2021
Last summer we reported that BeagleV StarFive RISC-V SBC would not be manufactured, but all was not lost as StarFive would collaborate with Radxa to make a new single board computer based on their JH7100 dual-core 64-bit RISC-V processor. But thanks to a report on Heise and extra photos acquired […] 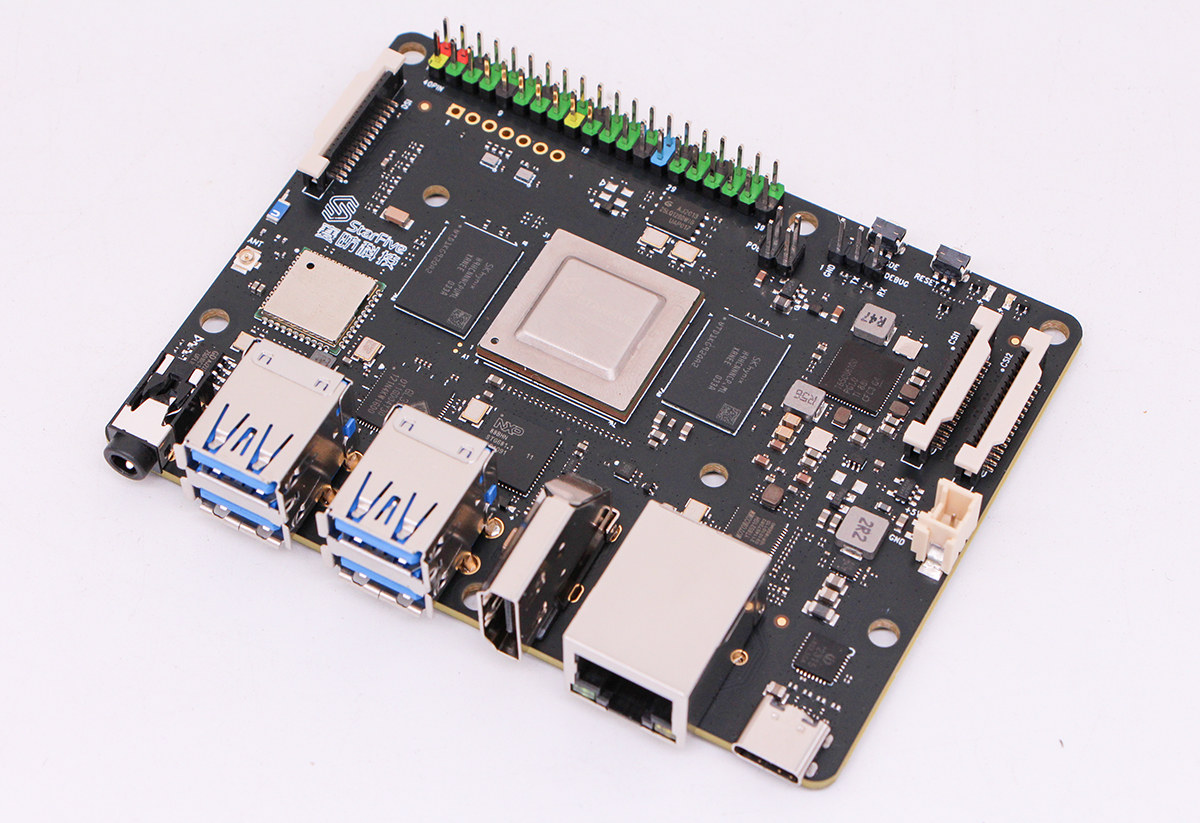