Table of Contents Staffing Needs Funding 988A Soft 988 Launch Resource-strapped call centers anticipate a burst of demand in July when the new 988 national suicide prevention hotline number goes live. But a lack of funds to help meet that demand is delaying efforts to publicize the service. The Federal […]

Resource-strapped call centers anticipate a burst of demand in July when the new 988 national suicide prevention hotline number goes live. But a lack of funds to help meet that demand is delaying efforts to publicize the service.

The Federal Communications Commission in 2020 officially designated 988 as the three-digit dialing code for the National Suicide Prevention Lifeline, similar to the main 911 emergency number.

Local call centers continue to face resource limitations such as a lack of staff and technology they say will make fielding an increased volume in calls difficult.

“This is the biggest thing that’s ever happened for crisis centers since their inception in the United States,” said Chris Maxwell, director of public relations and media at the American Association of Suicidology.

“But people are very concerned about the rollout,” Maxwell added. “Everyone is a little anxious.”

Grappling with a behavioral health workforce shortage, centers are seeking additional funding to provide mental health professionals competitive pay and avoid high turnover that could result in a costly process of having to constantly train new employees, officials said.

“When we were all begging for 988 before the pandemic, doing congressional briefings and meeting with Chairman Pai to make this thing come to fruition, I don’t think any of us thought of the lack of workforce,” Centerstone vice president of crisis management Becky Stoll said, referring to former FCC chairman .

The FCC deferred comment on funding and call centers to the Substance Abuse and Mental Health Services Administration, or SAMHSA, which is in charge of administrating the rollout of the new line.

Centerstone requires staff answering calls to have at least a bachelor’s degree and go through 80-100 hours of training. Additional staff is needed, Stoll said, but there is a shortage of trained professionals.

Approximately 137 million Americans live in areas where there is a mental health professional shortage as of Monday, according to the Health Resources and Services Administration. Nearly 7,000 practitioners are needed, HRSA data shows.

The Biden administration already has invested roughly $177 million to bolster the existing Lifeline network and $105 million to help with crisis call center staffing.

A SAMHSA spokesperson in an email said the agency is using those funds to make “critical investments in crisis care services across the country, including funding to address staffing and technology needs facing crisis call centers across the country.”

The National Suicide Hotline Designation Act was signed into law October 2020 in part to help strengthen call centers’ capacity to meet 988 demand. The law allowed states to pass their own legislation to impose fees on telephone companies for 988 infrastructure.

Washington, Nevada, Colorado, and Virginia are the only states that have implemented a fee to support 988 infrastructure. Mental health advocates, including the American Foundation for Suicide Prevention, are pushing more state legislatures to adopt fees.

Nebraska, Texas, Alabama, and New York have enacted legislation to create a 988 study or commission.

Beyer and Rep. (R-Ill.), a co-sponsor of the Campaign to Prevent Suicide Act, in September sent a letter to Senate leaders asking them to give the legislation expedited consideration.

“We really want the Senate to pass it because the hotline is coming in a few months, but they have not so far,” a spokesperson for Beyer said in an email.

Katko’s office did not respond to requests for comment on the status of his bill.

Needs vary across the Lifeline network, crisis center and mental health organization officials said. The network is made up of more than 170 independently operated local and state-funded crisis centers.

Call centers and government officials are not promoting 988 until the line is live nationwide on July 16 to avoid situations where people in need call a line that isn’t staffed. Having a line endlessly ring could exasperate the mental health issues callers are facing, the officials said.

The federal government must invest in public awareness, but the priority is to ensure that when people in need call there are the resources available to help, National Alliance on Mental Illness chief advocacy officer Hannah Wesolowski said.

Depending on future funding, SAMHSA may develop a broader public awareness campaign after July that would be informed by formative research and reflect the needs of populations at higher risk of suicide, the agency said in an emailed statement.

Once capacity is built out, an ongoing campaign to educate Americans about the new number, when to call, and why they should call 988, instead of 911, will be important to new dialing code’s success, Kurz said.

“We need a campaign that is engaging and sends messages of hope, recovery, and that suicide is not inevitable,” Kurz said.

No diploma? No problem: 5 tech jobs you can hold with no degree

Fri Jan 14 , 2022
Finding a tech job with no degree might seem challenging, but it’s entirely possible. You don’t need a degree to find a rewarding, lucrative career with possibilities for growth and advancement. Tech jobs with no degree requirement exist across the workforce, primarily in entry-level positions. If you’re willing to learn […] 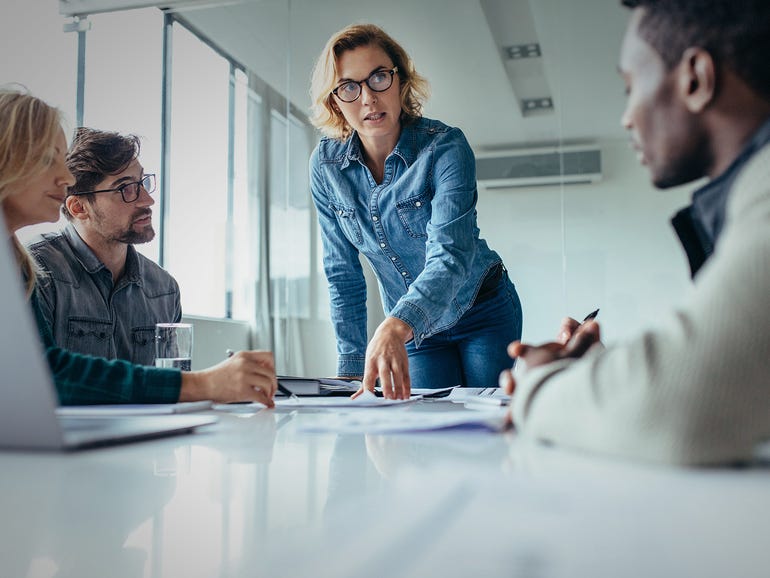