Pioneers of synthetic biology have rallied together under the development of Senti Biosciences Inc, co-founded and led by Timothy Lu, associate professor of biological engineering, electrical engineering, and computer science at the Massachusetts Institute of Technology. He’s joined by fellow MIT professor Jim Collins, as well as CTO and bioengineering […]

Each one of these great minds has contributed their extensive industry, professional and academic experience in synthetic biology to develop “smart drugs”.

Senti’s proprietary “gene circuit” technology platform allows bioengineers to custom-craft cell and gene therapies as though they were simply programming an organic script, with as of yet unforeseen capabilities and/or improved efficacy. These synthetically manufactured combinations of DNA sequences would give their host cells the ability to sense certain kinds of input, perform an organic computation using biological logic, and then respond to a given disease environment accordingly.

“Humans have always sought medicines that can treat illnesses with more precision, efficacy, and safety. However, existing drugs are still unable to match the complexity of many diseases, such as cancer and beyond. With recent advances in synthetic biology, computation, and massive biological data generation, I believe that we have a unique opportunity to engineer intelligent cell and gene therapies that directly tackle the heterogeneity and dynamic nature of disease, which have the potential to fundamentally transform our therapeutic arsenal,” said Dr. Lu in a press release that announced the intention of Senti Biosciences Inc to go public by way of a merger with special purpose acquisition company (“SPAC”) Dynamics Special Purpose Corp.

At present, Senti’s pipeline is focused on the application of its gene circuit technology to allogenic chimeric antigen receptor natural killer (CAR NK) cell therapies for cancer, with two strong product candidates. The first, SENTI-202, is designed for use in acute myeloid leukemia (AML), while the second, SENTI-301, is meant to treat hepatocellular carcinoma (HCC).

“The foundational technology of Senti—engineering Gene Circuits with programmable computer-like logic in cells—has game-changing implications for treating a variety of cancers, as well as potential applications beyond oncology,” Farokhzad said. “We believe that Senti’s pipeline of product candidates offers the potential to greatly enhance cancer therapy for both solid and liquid tumors, while reducing well known limitations of current therapies.”

While discussions about the merger initially began in May earlier this year, the agreement is slated to close sometime in the second quarter of 2022. Senti Biosciences will get about $230 million, held in reserve by Dynamics SPC; however, the estimated value of the combined company as the result of this merger is an impressive $601 million.

Additionally, Senti already has other ongoing collaborations with biopharmaceutical giants: one with Roche Holding AG involving gene therapy applications and another with Bayer AG regarding stem cell therapies.

How Working with Competitors Made Jio a Telecom Giant

Sun Dec 26 , 2021
Jio Platforms’ unique experiment of co-opetition with global tech giants combined with its local prowess allows it to address an enormous market of price-sensitive customers. Thanks to its sheer scale, innovation, and unique collaborations, it can offer integrated solutions for retail, grocery, fintech, medical, agricultural, e-commerce, and e-payment needs, in […] 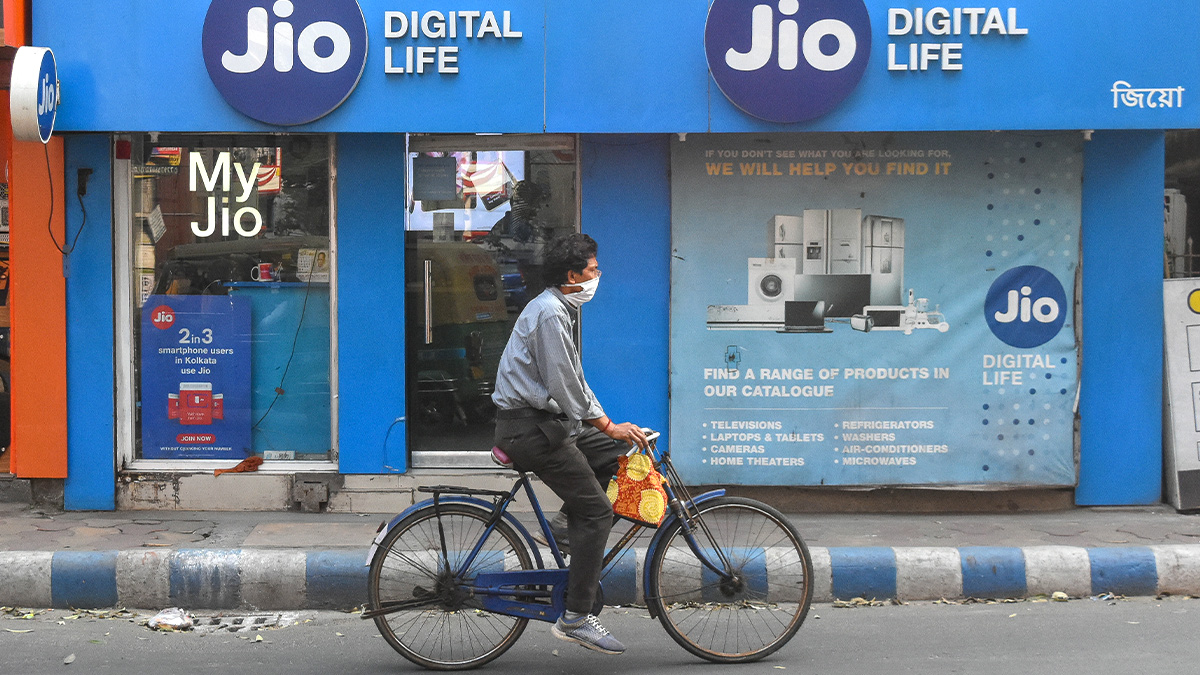