Matt Wolfe has always enjoyed taking things apart, repairing them and putting them together again. It started as a hobby when he was in high school and helped his girlfriend’s father who was a mechanic. Today, he is still enjoying troubleshooting equipment; however, instead of vehicles, Wolfe is now helping […]

Matt Wolfe has always enjoyed taking things apart, repairing them and putting them together again. It started as a hobby when he was in high school and helped his girlfriend’s father who was a mechanic. Today, he is still enjoying troubleshooting equipment; however, instead of vehicles, Wolfe is now helping banks and other financial institutions with their cybersecurity issues.

Since graduating from Midland College in May 2020 with an Associate of Applied Science degree in Information Technology, Wolfe has been employed in the computer field.

“I had only been out of Midland College for a couple of weeks, when I landed a job working for Idea Public Schools at Travis Elementary as the campus computer technician,” Wolfe explained.  “There was no on-the-job training. They just gave me a campus and said, ‘You’re the computer expert.’ I was supposed to have all the answers when something computer-related went wrong.  I guess I didn’t disappoint. I found myself using Google to help find the answers. Of course, knowing what to enter in Google to find the answers is a skill in and of itself.”

Midland College was not the first institution of higher education that Wolfe attended. After high school graduation in 2005, he trained in mechanics at Wyoming Technical Institute in Laramie, Wyoming.

Wolfe had joined the Army Reserve as a junior in high school at age 17 in 2003. Then, in 2008 when he completed Wyoming Technical Institute, Wolfe transferred from reserve to active duty Army as a heavy equipment mechanic. He was mainly stationed at Fort Hood but he also spent 15 months in Afghanistan in 2008-2009.

“Being a mechanic in the military meant that I was always on a tight deadline to get a piece of machinery repaired in all sorts of conditions,” Wolfe said. “At times, it got pretty stressful.”

When Wolfe was honorably discharged from the Army, the oil and gas industry lured his wife Brittany and him to Midland. Wolfe obtained a job working for Pioneer.

“Working in the oilfield is hard and dangerous,” Wolfe said. “The money was good, but I was working 90 hours per week and pretty much missed seeing our daughter Harper grow up during the first two years of her life.”

The family decided to move to New Mexico, and Wolfe ventured into the entrepreneurial world. He started a car dealership that didn’t work out due to vehicle theft and other issues. So, Wolfe then decided to try his luck at digital marketing, mainly freelance work building sales funnels and Facebook Ad campaigns for clients. At this time, he also became interested in cryptocurrency.

When the family moved back to Midland, Wolfe decided to pursue his interest in the cyber world with formal training, and he started taking computer classes at Midland College.

“Fortunately, as a military veteran, I was able to get tuition assistance through the GI bill,” Wolfe explained. “It was nice to be able to pay for school and also have a housing allowance. It really launched me into a better place.”

Wolfe continued to pursue his investments in bitcoin finances, which led to an interest in the stock market. He said that during the first few months of the COVID pandemic, he made a profit on his investments and was able to purchase his first home.

On Oct. 4, Wolfe started a new position working for CoNetrix Technologies’ satellite office in Midland. He is the managed service provider’s network engineer for the Permian Basin and is responsible for providing computer networking and cybersecurity support to banks and other financial institutions.

“It really is a job that combines my passion and knowledge for computers with my interest in cybersecurity and finance,” he said. “I’m a little bit of a help desk administrator, systems administrator and network administrator. I travel to various banks throughout the Permian Basin and help with all sorts of computer and network issues. I’m getting to experience Information Technology in a different way than when I as a computer technician at Travis Elementary.”

Wolfe credits the training he received at Midland College with his ability to troubleshoot various types of computer issues. He said that two faculty were especially instrumental in giving him the knowledge and skills he needs to perform his job well.

“Joe Bontke taught me the fundamentals of computers — how the hardware works,” Wolfe said. “Then Marty Villarreal taught me all about computer networking. There’s always something new to learn in Information Technology. Joe and Marty provided me with the ‘building blocks’ I need to keep current with technology so that I’m successful in my career.”

“Matt was a very driven and dedicated student,” Bontke said. “He came to MC with clear goals about the direction that he wanted to pursue when he finished the IT program. In fact, Matt is continuing his education at Western Governors’ University pursuing a Bachelor of Science degree in Cybersecurity and Information Assurance. Matt is destined to do great things, and I am happy that the IT program here at MC was able to help him start, strive and succeed.”

Villarreal agreed, “Matt was an exceptional student — someone who thinks outside the box. He kept his instructors on their toes. His class discussions about cryptocurrencies and blockchain were voluminous. Matt had several job offers in the community and was employed as soon as he graduated. Another MC success.”

“I would advise anyone who enjoys hands-on learning and troubleshooting problems to give Information Technology a try,” Wolfe said. “It’s easy to get overwhelmed when you are just thinking about it, but as soon as you dive into it, things will start to come together. It’s been less than two years since I graduated from Midland College, and I’m already enjoying a very successful and rewarding career that allows me time to spend with my family.”

Rebecca Bell is the executive director of Institutional Advancement at Midland College. 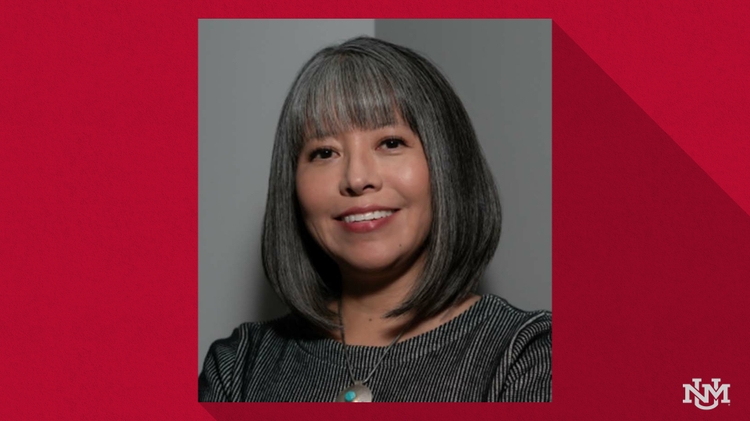