Students from Antonia Middle School and Fox High School recently provided a glimpse into what they have been learning in Project Lead the Way classes. They displayed projects developed in the classes, like an air cannon that can launch T-shirts or hot dogs. Students also gave presentations about the Project […]

Students from Antonia Middle School and Fox High School recently provided a glimpse into what they have been learning in Project Lead the Way classes.

They displayed projects developed in the classes, like an air cannon that can launch T-shirts or hot dogs.

Students also gave presentations about the Project Lead the Way classes, which focus on science, technology, engineering and mathematics (STEM).

A cybersecurity class, which is being offered for the first time at both Fox and Seckman high schools this year, is one example of a Project Lead the Way class. Other high-school level classes offered through the program include introduction to engineering, computer science principles, and aerospace engineering. Some of the middle school-level classes include computer science for innovators and makers, and design and modeling.

The district started offering Project Lead the Way classes in the 2016-2017 school year and has been expanding it ever since.

Among those who recently visited with students to learn about the program were representatives from the Ardagh Group, a metal and glass packaging company with a location in Pevely that awarded a $755,000 grant to the Fox C-6 School District to expand its Project Lead the Way classes districtwide.

Representatives from Project Lead the Way, the nonprofit agency that develops the STEM curriculum, also attended.

“It is pretty nice that they were able to come to a couple of the schools and see what their program does to help kids learn,” said Fox High senior Carter Klotz, 18, of Fenton. “It has been pretty fun for the four years that I have been doing it.”

Fox district administrators and Board of Education members attended the event, too, as did Dunklin R-5 School District officials who wanted to learn more about the program.

Maria Bielik, assistant principal at Antonia Middle, secured the grant from the Ardagh Group when she was the district’s assessment, college and career readiness coordinator.

Before getting the grant, she had spearheaded an effort to expand Project Lead the Way classes throughout the district, which has spent $169,141 since the 2016-2017 school year to add classes focusing on computer science, engineering and biomedical science.

Project Lead the Way courses are electives for middle and high school students, and at the start of this school year, 15 classes were available at Fox High, 10 at Seckman High, eight at Ridgewood Middle, six at Seckman Middle, five at Antonia Middle and four at Fox Middle.

As Fox starts spending the $755,000 grant, which will be distributed to the district over the next three years, more Project Lead the Way courses will be offered to middle and high school students. In addition, some of the same STEM concepts will be added to the district’s curriculum for elementary children.

“(Bielik) has a passion for kids and the district,” Superintendent Paul Fregeau said. “We are lucky to have her here to develop these type of grants and other opportunities for our kids. She is quite an asset to Fox C-6.”

“Part of my job is to reconfigure that curriculum and instruction/teaching and learning department to have people to support these endeavors,” said Fregeau, who took over as superintendent at the start of this school year. “We don’t have anything in place currently.”

The Dunklin School District will receive a $104,471.59 grant from the Ardagh Group to spend over three years to support high school and middle school engineering classes that began this year and to implement Project Lead the Way at the elementary-school level.

“It is about creating opportunities for our students and giving them tools to go out in the world,” Dunklin assistant superintendent Joe Willis said. “I’m excited for what it will do for our kids in the future.”

Sean Cosgrove, who oversees the Ardagh Group’s grant program as the global head of education programs, said he likes to see how districts are using the funds they receive from the company.

“We were blown away at seeing this,” Cosgrove said, adding that Ardagh employs 240 people at its Pevely plant. “We have made this commitment and investment in this community, and seeing the teachers and students engaged in their learning and leading their learning to get that career exposure is amazing and inspiring for us.

“We care a lot about our communities and want to give back to those communities. We also want to empower this next generation. As a business, STEM and career learning is at the center of everything we do, so to invest in a proven quality program like Project Lead the Way and get it into the schools in our communities is something that we are highly committed to.”

Project Lead the Way CEO Vince Bertram said it was inspiring to see how Fox has implemented the program’s classes into its curriculum.

“At the core of what we do is to inspire career confidence and help students develop skills that will lead to enduring careers,” he said. “We do that through an activity problem, project-based approach to teaching and learning. We get students building things, creating and learning. It brings that real-world relevance to students that we believe is the critical element of Project Lead the Way.”

Bertram said it is important that Fox, Dunklin and other school districts implement STEM-driven classes like those designed by Project Lead the Way as early as possible.

“Could you imagine starting football in grade 11, or the first time we ask a student to play a musical instrument is in high school?” he said. “All skills are developed at an early age.”

Bielik said she was excited to see Fox students show off some of the projects they’ve developed in their Project Lead the Way classes.

“I am so excited for the opportunities that this is for the kids to prepare for their post-secondary goals.”

Tue Mar 29 , 2022
Singapore is aiming to build a quantum-safe network that it hopes will showcase “crypto-agile connectivity” and facilitate trials with both public and private organisations. The initiative also includes a quantum security lab for vulnerability research.  The three-year initiative is led by the Quantum Engineering Programme (QEP), with SG$8.5 million ($6.31 […] 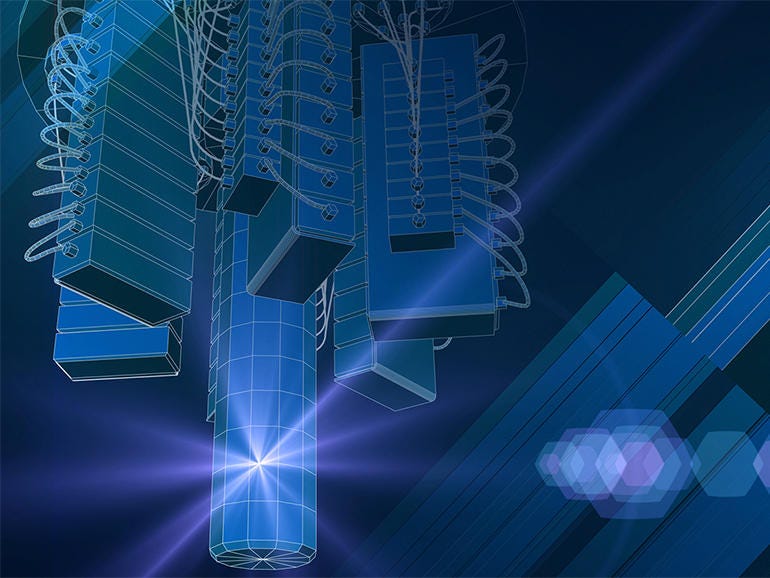