Table of Contents How companies can adopt Quantum techTechnicalities of the quantum industryKey initiatives by the government The quantum technology ecosystem has grown fast, led by government intervention, academic participation, service providers, and the startup community. As tech slowly matured over the years, Indian enterprises shifted to quantum tech. As […]

The quantum technology ecosystem has grown fast, led by government intervention, academic participation, service providers, and the startup community. As tech slowly matured over the years, Indian enterprises shifted to quantum tech. As a result, the Government of India declared quantum tech as a “mission of national importance” in 2019. Since then, there has been a great deal of public and defence investment in core and applied research.

Hence, Indian tech companies have identified quantum as a key opportunity to provide global and Indian clients and have developed proofs of concept (POC). There has to be a continuous development of the local workforce (quantum) to keep up with the industry demand and the challenges. Quantum technology will be ready to develop fault-tolerant quantum products that can be used with high technology by 2026–2027, which will inevitably lead to increased adoption by Indian enterprises.

Sectors like manufacturing, banking, and defence will dive head-first into deploying quantum tech for large-scale usage. As a part of overall growth, India can also become an important market for quantum R&D, software development, and equipment manufacturing. Quantum tech will add $310 billion to the Indian economy by 2030.

How companies can adopt Quantum tech

Quantum technology is an emerging field of physics and engineering which uses quantum mechanical properties like quantum superposition, quantum interference, and quantum entanglement. Distant from classical computing, quantum describes light and matter at the atomic and subatomic scales. Therefore, it plays a crucial role in solving the most complex scientific and engineering problems in factoring, optimisation, materials, and chemistry.

Although companies look at quantum computing as the holy grail, it does not mean that classical machines will be replaced. But, enterprises will use bits (classical), qubits (quantum), and neurons (AI-assisted programming) mobilised via a hybrid cloud architecture. Today, Indian companies can prioritise building a fault-tolerant, large-scale quantum computer that keeps qubits isolated from heat, vibration, and stray atoms.

During the noisy intermediate-scale quantum (NISQ) era, the number of quantum bits was too small (50-100 qubits) and lacked the error correction required to perform complex computations. However, recent developments show that quantum technologies will become a reality, although the timeline for scientific progress is difficult to calculate. Down the line, quantum can be used in chips integrated with products to tackle security threats. There will also be demand for more affordable and practical devices like quantum annealers and simulators.

Technicalities of the quantum industry

The Indian government has worked towards building institutions and programs for quantum tech to keep the industry in check. About 100 government-funded projects on quantum and allied technologies have expanded various stages. A common goal for the companies and the government is to commercialise quantum solutions with high-technology readiness in the next five years. The Department of Science and Technology (DST) has pioneered the Quantum Information Science and Technology (QuST) program to lay the foundation with the help of infrastructure and human resources.

QuST will synchronise and fund academic research groups to develop quantum products in areas where technology is demanded the most. It will also speed up the projects which have been neglected. For example, the development of 8 qubit quantum computers, communication (fibre and free space), and cryptography will be more important. Meanwhile, the development of quantum algorithms applications, advanced mathematical quantum techniques, and the theory of quantum information systems will grow over time.

Next in line is the investment program, National Mission on Quantum Technologies & Applications (NMQTA), which aims for a larger outlay and has ambitious goals in store. NMQTA aims to develop quantum computers with highly secured quantum communication, quantum key distribution (QKD), quantum clocks, sensors, imaging devices, and startup collaboration. In addition, it will be launching smaller-scale devices like quantum simulators and sensors. Meanwhile, QKD systems will be transformed into field-deployable products. It will also make long-distance quantum communication a reality by using QKD in satellites and fibres. The buzz about 5G in India will be a key component for birthing the quantum internet.

Key initiatives by the government

Last year, India saw many key initiatives in the quantum tech industry. Let us look at the most important steps taken by the government.

In December 2021, the Indian Army set up a quantum computing laboratory and an AI centre at a military engineering institute at Mhow, Madhya Pradesh. It is also backed by the National Security Council Secretariat (NSCS). In addition, the Centre for Development of Telematics (C-DOT) launched a quantum communication lab in October 2021 after unveiling a QKD solution. It can support more than 100 km on standard optical fibre.

In July 2021, the Defence Institute of Advanced Technology (DIAT) and the Centre for Development of Advanced Computing (C-DAC) agreed to collaborate and develop quantum computers. Meanwhile, in March 2021, the DST and about 13 research groups from IISER Pune launched I-HUB Quantum Technology Foundation (I-HUB QTF) to further enhance the development of quantum tech. In addition, the Ministry of Electronics and Information Technology (MeitY) established a Quantum Computing Applications Lab in January 2021 in collaboration with AWS to facilitate quantum computing-led research and development.

How far has India come in quantum technology?

Review of Michael Kors Gen 6 Bradshaw: All about the looks, Technology News

Wed Feb 16 , 2022
Here’s a tricky and rather expensive question for you. If I say the words “Michael Kors” and “Bradshaw”, what comes to your mind? Another Sex and the City reprisal which no one asked for? A luxurious indulgence? A fashion show, perhaps? Wrong, wrong, and wrong.  We’re talking about a smartwatch […] 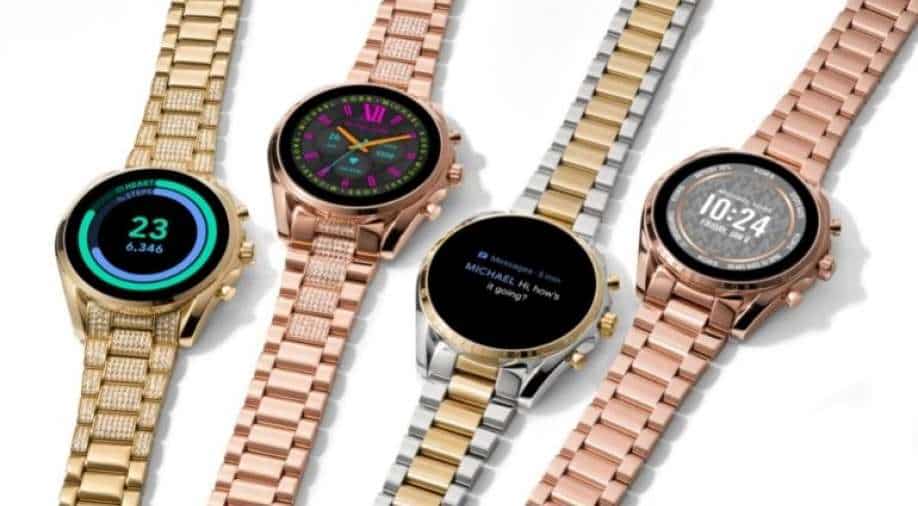