The internet began life in the 1960s, its creators envisioning an emergency communications network the government could depend upon in the event of nuclear war. Some 60 years later, the seniors who were just beginning their adult lives when the internet dawned, are depending on it during a different kind […]

The internet began life in the 1960s, its creators envisioning an emergency communications network the government could depend upon in the event of nuclear war. Some 60 years later, the seniors who were just beginning their adult lives when the internet dawned, are depending on it during a different kind of emergency — the COVID-19 pandemic.

Seniors who learned computers, web browsing and how to communicate on social media and in Zoom sessions at a computer club in their community were ready and able to stay connected with the world, friends and family when hard lockdowns hit in the spring of 2020, said Charleen Scime, education director of the Hernando Computer Club.

“It was a comfort to them being able to stay in touch,” she said, adding that some seniors who had been holdouts when it comes to learning computers, jumped on the opportunity to learn once shutdowns were eased and the COVID-19 vaccine became available. It took the emergency to make them realize the value of being computer-connected, she said.

After learning how to use their new computers on the web, about half the club’s student-members opt to attend club meetings and classes from home via Zoom, said Scime. The rest of the members attend in person at the Hernando Senior Citizen Club, at 7925 Rhanbuoy Road, Spring Hill. The club is open to anyone and has members from neighboring counties. The club is online at www.hernandocomputerclub.org, where visitors can learn about the range of classes offered and membership details.

Keith Swango, club president, urges all seniors to get involved in a local club or classes to learn the technology. Those seniors who have the skills and equipment have discovered the power of computers and the internet technology have discovered a new world.

“A lot of seniors have avoided computers because they seem too complicated to learn,” Swango said. “But once they get started, they are surprised what they can do.”

Swango said in addition to computers, his club has instructors who teach the use of smartphones, another technology many seniors fail take advantage of. Able to call, video call, text, email and browse social media sites, once they learn them, seniors, many of whom live far from family and old friends, suddenly discover they have a lot of communication power in their pocket-sized devices, he said.

Another advantage of learning internet-connected devices is shopping. During the pandemic, seniors who had the equipment and skills were able to have things ordered online delivered to their doors. They also were able to communicate with their doctors and make appointments for vaccinations.

Jan Koch, a senior who has been a member of the Hernando club for several years, was glad she had the skills and gear at home to keep her connected “when things got bad” at the start of the pandemic.

“Zoom became part of my life,” she said, adding she zoomed so much, she sometimes didn’t realize who she was zooming with (zoomers get email invites to join a session with fellow zoomers). Koch also used Zoom sessions to attend club meetings and classes during the early lockdowns, but not attend in person.

David Lemon, the programs coordinator for the club, said many seniors are active volunteers who were not able to perform their usual volunteer duties in person for a time, but used the internet from home to connect and perform clerical duties, answering emails and relaying messages remotely.

The pandemic has been harrowing for many seniors, but there is a bright side, said Scime.

“With what we showed them (in classes) they are now regularly communicating with their families more in ways they never could before,” she said.

Seniors interested in joining the computing world can connect with their local library branch, local senior or community center, or community college campus. There also are a number of businesses in Hernando, Pasco and Pinellas counties that offer learning geared for seniors, both in-person and remotely.

Is It Too Early to Invest in Quantum Computing?

Fri Feb 4 , 2022
PHOTO: Manuel on Unsplash Much has been said in recent months about how new technology has helped companies navigate the COVID-19 pandemic, enabling the digital workplace and facilitating remote work. Perhaps a less popular conversation, however, is how other emerging technologies are also gaining traction at the enterprise level. Quantum […] 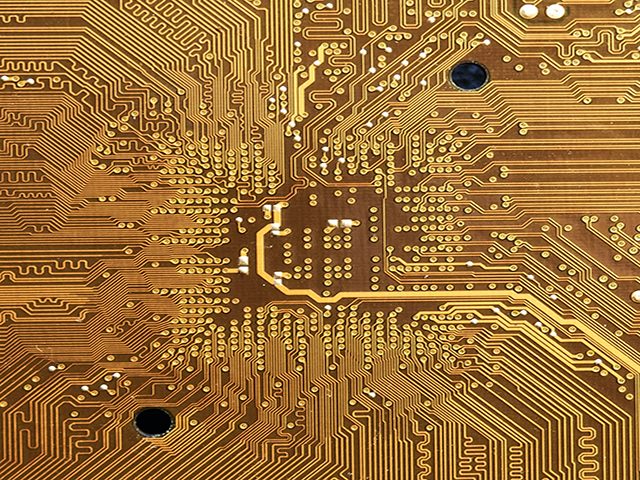