The internal view of an IBM quantum computer IBM IBM has just announced a partnership with the Government of Quebec to create the Quebec-IBM Discovery Accelerator in Bromont, Quebec. The accelerator will focus on using quantum computing, Artificial Intelligence (AI), and High-Performance Computing (HPC) to develop new projects, business/scientific/academia collaborations, […]

IBM has just announced a partnership with the Government of Quebec to create the Quebec-IBM Discovery Accelerator in Bromont, Quebec. The accelerator will focus on using quantum computing, Artificial Intelligence (AI), and High-Performance Computing (HPC) to develop new projects, business/scientific/academia collaborations, and skills-building initiatives in research areas including energy, life sciences (genomics and drug discovery), new materials development, and sustainability. This is the fourth such center that IBM has announced. The three previously announced partnerships are with Cleveland Clinic, the University of Illinois Urbana-Champaign, and the UK’s Science and Technology Facilities Council Hartree Centre.

IBM’s formal mission statement for these Discovery Accelerators is:

“Accelerate scientific discovery and societal impact with a convergence of AI, quantum, and hybrid cloud in a community of discovery with research, academic, industry, startup, and government organizations working together.”

In addition, the company has developed individual mission statements for each of the four Discovery Accelerators:

·        Bromont: Converge quantum computing with AI, HPC and cloud to supercharge scientific discovery in health and climate and grow a new ecosystem for broad economic impact.

·        University of Illinois Urbana-Champagne: Advance the science and technology foundations of accelerating scientific discovery with hybrid cloud, quantum computing, and AI with focus on new materials.

AI, and HPC are already used individually successfully to attack some of society’s toughest problems, and researchers want to do the same with quantum computing. However, from IBM’s perspective, the wheel of discovery based on the scientific method – which includes hypothesis formulation, hypothesis testing through experimental design, analysis of experimental results, and then possible rethinking of the original hypothesis, followed by more experiments – takes far too long.

It can take one or two decades of hard work and billions of dollars spent on research to turn this wheel for difficult problems, and there’s no guarantee that the hard work or the money spent will produce a useful result. These iterations simply take far too long and cost far too much, especially when it comes to solving problems involving life and death.

IBM seems impatiently determined to turn this wheel faster, no doubt because there are big societal benefits and plenty of profits for whoever learns to do it. IBM plans to find ways to accelerate the scientific method by seeding research centers like the yet-to-be-built Quebec-IBM Discovery Accelerator, to help researchers find and exploit synergy among these three radically different data-crunching tools: quantum computing, AI, and HPC.

The announced Discovery Accelerator partnership supports Quebec’s Innovation Zones initiative, which the Government of Quebec announced on February 3, on the same day that IBM made its partnership announcement. IBM already has a research facility in Bromont and the company plans to install one of its production Quantum System One quantum computers at this existing facility for use by the Government of Quebec and its partners. Installation will take place over the next year. The cryogenics required for IBM’s approach to quantum computing means these beasts will likely be restricted to large data centers and other facilities like IBM’s research center in Bromont for quite some time.

Not by coincidence, IBM announced that it had successfully completed initial development of the 127-qubit (quantum bit) Eagle quantum computer at its Quantum Summit, held last November. When asked if the quantum computer to be installed at the IBM research facility in Bromont and used for the announced Discovery Accelerator would be of the 127-qubit type, Dr. Anthony J. Annunziata, Director of Accelerated Discovery platform and ecosystem at IBM, played his cards somewhat close to his chest, by replying that the 127-qubit computer was currently the most advanced quantum computer that IBM had and that it was therefore likely that this would be the computer installed in the Bromont research facility. We’ll take that as a qualified “Yes.”

IBM has installed approximately 50 of various quantum computer design generations in research facilities around the world. According to Steve Leibson, a Principal Analyst at TIRIAS Research, “These quantum computing installations are a farsighted plan by IBM to nurture an army of people versed in programming quantum computers, which is currently an arcane art.”

IBM presently supports two types of quantum programming: using a graphical, drag-and-drop approach and through the Python programming language. In both cases, people and programs do not interact directly with the quantum computer. A more mundane digital computer is needed to transform a quantum program into the steps needed to make the quantum computer execute the program. “In this way,” said Leibson, “IBM’s quantum computer, indeed all quantum computers to date, mimic the operation of early supercomputers, which almost universally needed a more familiar and mundane digital computer to serve as an intermediary and language translator between programmer and supercomputer.”

Although quantum computing is by far the most exotic of the computing resources IBM is planning to make available through the Quebec-IBM Discovery Accelerator, it’s by no means the only technology resource that IBM is throwing into the poutine pot. IBM is also making a range of IBM-developed AI models available to the Discovery Accelerator, for exploring applications such as drug discovery. The Discovery Accelerator will also leverage IBM’s HPC technologies to facilitate research aimed at integrating classical, AI, and quantum technologies through IBM’s Hybrid Cloud. The plan is to use multiple and creative fusions of these computing technologies to tackle scientific challenges that have proven quite resistant to the more mundane solution methods applied to date.

IBM is far from the only player in the quantum computing race and there are literally thousands of AI and HPC players. Success is therefore far from guaranteed. However, IBM has certainly developed a leadership position with its 127-qubit quantum machine and the company’s no slouch when it comes to AI or HPC either. Betting on IBM at this point, when it’s on a roll with partnerships like this deal with the Government of Quebec, looks like a pretty good bet. 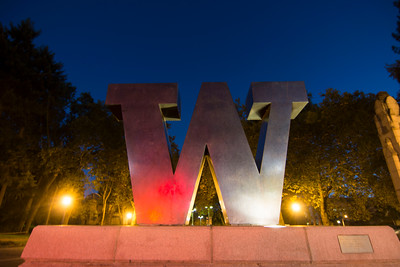