Table of Contents How do they work?What can you do with them?Where do we go from here? Forget settling down in front of a computer monitor at work — someday, you might strap on a headset instead. That might sound a bit like a ’90s cyberpunk fantasy, but it’s not […]

Forget settling down in front of a computer monitor at work — someday, you might strap on a headset instead.

That might sound a bit like a ’90s cyberpunk fantasy, but it’s not really all that outlandish.

Beyond having more screens to work with for multi-tasking, there’s another benefit to wearing your computer’s screen(s) on your face: no one else can look at them. If you frequently work with sensitive files or data, the last thing you’d want is for a nosy neighbor on a plane or at a coffee shop peering over your shoulder. But these kinds of headsets can be cumbersome and in some cases could leave you feeling queasy.

More than a few tech companies are convinced that sophisticated screens shoved into glasses could represent the future of work. But they have different visions for how a screen you wear on your face should work.

Microsoft has built a chunk of its business around the HoloLens, which can display 2D or 3D content in the physical space workers occupy. Facebook is pushing new tools to turn virtual reality headsets like the Oculus Quest into tools employees can use to meet and collaborate in a virtual world. Meanwhile, a crop of headsets from companies like Lenovo and TCL are trying something a little more practical. Rather than thrust you into a world of conferences populated by 3D avatars, these smart glasses try to replicate the experience of sitting in front of a computer monitor. (Or in some cases, lots of computer monitors.)

To be clear, these kinds of specialized gadgets are still far from hitting the mainstream.

“The people who are getting these now are technophiles who are willing to say ‘Hey, I’m going to take it, warts and all,’” said Ramon Llamas, a research director at market research firm IDC. “It’s probably not going to be until the third or fourth revision that we start seeing more mass-market interest.”

How do they work?

Most of the headsets that fall into this category have a lot in common. They generally don’t have any processing power of their own, so they need to be connected to a proper computer — or a smartphone — to get anything done. So far, that means they rely on long USB cables, though companies like chipmaker Qualcomm are working to embed powerful mobile processors directly in these glasses so future models can go cord-free.

But what makes these headsets interesting are how they show you your work. Essentially, they put a tiny screen in front of each your eyes, positioned in just the right way to make each little display look like one big one. (If you’ve ever gone bird-watching with a pair of binoculars, you’ve seen this technique in action!) Assuming everything is plugged in correctly and working the way it’s supposed to, you’re able to just pop those glasses on and have a look around.

What can you do with them?

These headsets aren’t meant to lock you in some strange virtual conference room — instead, they basically act as secondary screens you wear instead of putting them on your desk.

TCL, a Chinese company best known for producing televisions, makes one such headset. Its Nxtwear glasses can connect to one of the company’s compatible smartphones, which offers a view of a familiar, desktop-like interface where you can browse the web, watch videos or fire off emails. (If you do that, the phone’s screen also becomes a big trackpad for moving a mouse cursor around.)

When connected to a computer, like a MacBook Pro, the glasses effectively become a replacement monitor that looks much bigger than a typical laptop screen. You could certainly make it your main display, but because the glasses are screens propped up to the top of your line of sight by a set of big nose pads, you’d still be able to easily glance at your laptop.

Some models like Lenovo’s ThinkReality A3 PC Edition, offer a more immersive approach. Hooking it up to a compatible computer with a USB-C cable lets you view and rearrange up to five different screens in a sort of virtual “space” in front of you. As you move your head around, each of those monitors will come into view depending on how you’ve configured them. It’s as though you’re sitting in front of a desk you’ve meticulously arranged multiple monitors on, except you didn’t have to lug those monitors around in the first place.

The catch? Because the Lenovo’s headset is designed to show you multiple screens at the same time, it requires a lot more horsepower to work correctly, and not every computer will do. For now at least, you would have to already own — or buy — a compatible, Lenovo ThinkPad laptop if you ever wanted to try building a virtual workstation with the ThinkReality glasses.

Where do we go from here?

These headsets are here, and they work, but let’s be honest: they’re still far from ideal.

For one, the companies that make these headsets haven’t completely conquered the issue of comfort. Because they have so many components and sensors packed into them, this current generation of smart glasses just can’t be nearly as flexible as, say, a regular pair of glasses. That could mean people with bigger heads may literally feel the pinch when they try to strap on a wearable display.

And while these headsets aren’t all that heavy — Lenovo’s is about a third of a pound — they can still feel cumbersome to use. But as the constellation of component makers continues to shrink their parts, that may change before too long.

“If these can be lightweight and comfortable and offer sufficient image quality where I can be productive on multiple screens, that’s the litmus test,” said Ross Rubin, principal analyst at market research firm Reticle Research. “I could see a path to that in the next maybe three years.”

Until then, headset makers have something else to tackle: price. Lenovo’s headset costs about $1,500, which is a big ask even if it’s meant for work — and especially one that requires other equipment to work. (Then again, maybe companies will eat the cost to make its workforce more productive; we’ll have to see.) Meanwhile, TCL’s glasses aren’t on sale in the U.S. yet, but models available elsewhere cost the equivalent of about $680.

That will change over time, too, as the technology matures and the cost of parts become more reasonable. Until then, though, many of us will just have to make do with the computer monitors we have now.

This story was originally published at washingtonpost.com. Read it here.

Is computer science hard? Learn your education and career options 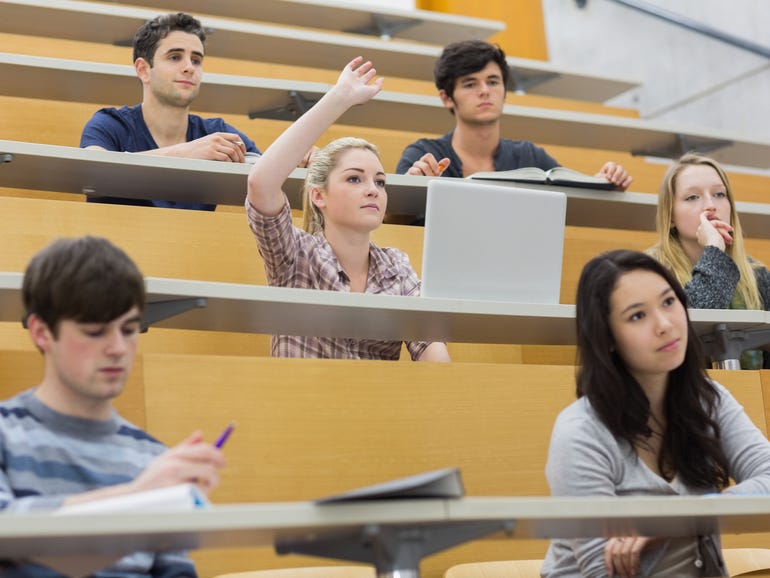