Table of Contents Roadblocks for AIWhy do manufacturers turn to AI? SOUTHERN INDIANA — A lack of awareness and a need for a qualified workforce to use the technology are the main reasons why Indiana manufacturers are lagging behind implementation of data-driven approaches and developing artificial intelligence, a study by […]

SOUTHERN INDIANA — A lack of awareness and a need for a qualified workforce to use the technology are the main reasons why Indiana manufacturers are lagging behind implementation of data-driven approaches and developing artificial intelligence, a study by Purdue University researchers finds.

Other experts believe gaps in available labor — exacerbated by the pandemic — coupled with a competitive global marketplace will force more automation and the use of AI throughout the country.

But that doesn’t mean that human workers aren’t needed.

“There’s this argument in the state of Indiana that robots are going to take everyone’s job. Well, that’s just not true,” said Kent Powell, national sales manager for Jeffersonville-based Amatrol.

“However, because of the fact that there’s not enough bodies to hire to do the work, it does make sense to automate those menial tasks that people don’t want to do.”

Amatrol has been on the forefront of data-driven and AI technology for decades, and Powell said the last five years have brought about a flurry of advancements and the realization by companies that robots and algorithms can save money.

Amatrol develops technical training systems including simulators and trains instructors with the companies who purchase the technology. But Amatrol doesn’t just sell AI and data-based equipment. The company also uses the technology.

For example, a few robots are programmed to circulate throughout the sizable Amatrol facility, moving totes from spot-to-spot and dropping off materials for workers. The robots save about two jobs, but Powell said that frees up the company to instead train the humans who were once tasked with those responsibilities for more advanced labor.

And that means more money for the worker.

According to Purdue researchers, about 36% of manufacturers not using such technology who responded to the study said they are interested in learning more.

“They’re sitting on a very valuable asset that they have to convert into information,” said Ragu Athinarayanan, principal investigator of the study and a Purdue professor of engineering technology.

“They just don’t know where and how to start and what is necessary to start.”

The study is titled “Artificial Intelligence, Manufacturing, and Workforce Development in Indiana.” Along with Athinarayanan, the study was conducted by Robert Gallardo, who is the director of the Purdue Center for Regional Development. It was funded by Microsoft.

Researchers said manufacturers that aren’t using data-driven and AI tech are “missing a golden opportunity” and “lagging behind national trends.”

Purdue officials said the study was prompted by a 2019 national report that found 87% of manufacturers surveyed indicated they either have adopted or plan to use AI as part of their operations within two years.

More than 500 surveys were emailed to manufacturers, most with under 100 employees, for the Purdue study. Researchers said the results were somewhat hindered due to the pandemic.

Gallardo said Indiana needs to increase its efforts on several fronts to assist Indiana manufacturers when it comes to AI.

“Number one is awareness — where can manufacturers start and what can they do,” he said. “There’s a lot of education and awareness to be done around the topic, which is still a little abstract especially for smaller businesses.”

Those are actually some areas where Powell believes the state is improving quickly.

The Ivy Tech Community College system has been rapidly bolstering its AI and data-driven offerings and has become a standard-bearer for such programs across the country, he said. Amatrol and Ivy Tech have partnered on some projects, and Powell said the training the institutions provide to future workers is invaluable.

Amatrol, which has customers nationwide and in 50 countries internationally, also partners with the State of Indiana on a program designed to lower energy costs through data-driven programming. Powell said such public efforts and partnerships are improving when it comes to supporting AI.

When manufacturers see that data-driven components analyzed energy use and identified ways where employers can lower costs, it proves how useful the technology is for efficiency and cost-savings, he continued.

Why do manufacturers turn to AI?

Failure for Indiana manufacturers to minimize costs makes it more challenging for them to compete globally, he continued.

“That is why use of artificial intelligence is only a matter of time for local manufacturers,” Dufrene said. “Manufacturers also face a labor shortage which only intensified through COVID. The COVID pandemic will ultimately see the acceleration of AI adoption and other forms of automation.”

But is such technology cost-prohibitive for smaller manufacturers? Powell said “yes” and “no”.

A company like Amazon is a great example of how AI and data support production and profits, he said. Amazon also shows that large companies that use the technology oftentimes remain some of the largest employers in their regions.

“Amazon’s increasing the number of robots that it takes to get things done, but guess what? They’re also, nationwide, hiring 120,000 employees to work at the fulfillment centers,” Powell said.

He acknowledged that not all of those jobs are tech-related, but Powell said several do coincide with AI and data work.

And when a company like Amazon operates more efficiently and saves money by using such technology, it flows down to their suppliers and contractors, Powell said.

Fri Oct 15 , 2021
The MIT Department of Electrical Engineering and Computer Science announced yesterday the Thriving Stars initiative, a new effort to improve gender representation in MIT’s largest doctoral graduate program. “All types of representation are vital to EECS at MIT, and Thriving Stars will unify multiple disparate efforts focusing on women and […] 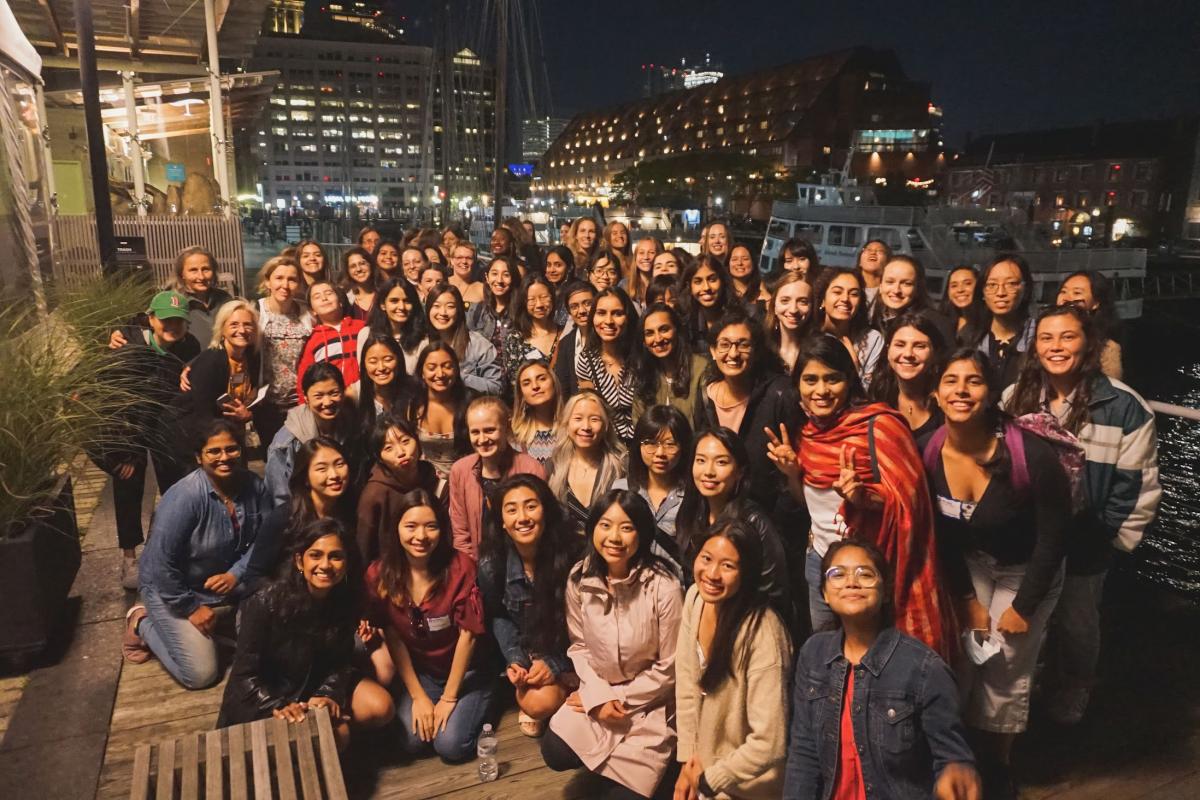