In addition to the usual control gate (red) there is also a program gate (blue). Credit: Vienna University of Technology Normally, computer chips consist of electronic components that always do the same thing. In the future, however, more flexibility will be possible: New types of adaptive transistors can be switched […]

Normally, computer chips consist of electronic components that always do the same thing. In the future, however, more flexibility will be possible: New types of adaptive transistors can be switched in a flash, so that they can perform different logical tasks as needed. This fundamentally changes the possibilities of chip design and opens up completely new opportunities in the field of artificial intelligence, neural networks or even logic that works with more values than just 0 and 1.

In order to achieve this, scientists at TU Wien (Vienna) did not rely on the usual silicon technology, but on germanium. This was a success: The most flexible transistor in the world has now been produced using germanium. It has been presented in the journal ACS Nano. The special properties of germanium and the use of dedicated program gate electrodes made it possible to create a prototype for a new component that may usher in a new era of chip technology.

An additional control electrode changes everything

The transistor is the basis of every modern electronic device: it is a tiny component that either allows current to flow or blocks the flow of current—depending on whether or not an electrical voltage is applied to a control electrode. This makes it possible to build simple logic circuits but also memory storage.

How the electric charge is transported in the transistor depends on the material used: Either there are free-moving electrons that carry a negative charge, or an electron may be missing from individual atoms, so that this spot is positively charged. This is then referred to as “holes”—they can also be moved through the material.

In the novel transistor at TU Wien, both electrons and holes are manipulated simultaneously in a very special way: “We connect two electrodes with an extremely thin wire made of germanium, which is connected to metal on both sides with special, extremely clean interface. Above this germanium segment, we place a gate electrode like the ones found in conventional transistors. What is decisive is that our transistor also has another control electrode, which is placed on the interfaces between germanium and metal. It can dynamically program the function of the transistor,” explains Dr. Masiar Sistani, who is a postdoctoral researcher in Prof. Walter Weber’s team at the Institute for Solid State Electronics at TU Wien.

This construction makes it possible to control electrons and holes separately. “The fact that we use germanium is a decisive advantage,” says Masiar Sistani. “This is because germanium has a very special electronic structure: when you apply voltage, the current flow initially increases, as you would expect. After a certain threshold, however, the current flow decreases again—this is called negative differential resistance. With the help of the control electrode, we can modulate at which voltage this threshold lies. This results in new degrees of freedom that we can use to give the transistor exactly the properties that we need at the moment.”

In this way, for example, a NAND gate (a logic not-and gate) can be switched to a NOR gate (a logic neither-nor gate). “Until now, the intelligence of electronics has come simply from the interconnection of several transistors, each of which had only a fairly primitive functionality. In the future, this intelligence can be transferred to the adaptability of the new transistor itself,” says Prof. Walter Weber. “Arithmetic operations, which previously required 160 transistors, are possible with 24 transistors due to this increased adaptability. In this way, the speed and energy efficiency of the circuits can also be significantly increased.”

Prof. Weber’s research group has only been working at TU Wien for about two years. Prof. Walter Weber has made an international name for himself with his work on novel, reconfigurable electronics. Dr. Masiar Sistani is an expert in the field of germanium electronics and has specialized in researching electronic transport phenomena. These two areas of expertise are a perfect match to make the adaptive germanium transistor possible. “Some details still need to be optimized, but with our first programmable germanium transistor we have proved that the basic idea really works. This is a decisive breakthrough for us,” says Masiar Sistani.

These new possibilities are particularly interesting for applications in the field of artificial intelligence: “Our human intelligence is based on dynamically changing circuits between nerve cells. With new adaptive transistors, it is now possible to change circuits directly on the chip in a targeted way,” says Walter Weber. Multivalued logic can also be implemented in this way—i.e., circuits that work not only with 0 and 1, but with a larger number of possible states.

A rapid industrial application of this new technology is realistic: the materials used are already used in the semiconductor industry today, and no completely new manufacturing processes are necessary. In some respects, the technology would even be simpler than before: today, semiconductor materials are doped, i.e. enriched with individual foreign atoms. This is not necessary with the germanium-based transistor; pure germanium can be used.

“We don’t want to completely replace the previous transistor technology with our new transistor, that would be presumptuous,” says Masiar Sistani. “The new technology is more likely to be incorporated into computer chips as an add-on in the future. For certain applications, it will simply be more energy-efficient to rely on adaptive transistors.”

New nanostructure could be the key to quantum electronics

This document is subject to copyright. Apart from any fair dealing for the purpose of private study or research, no
part may be reproduced without the written permission. The content is provided for information purposes only.

The West Still Has Leverage on China's Tech Strategy

Mon Dec 6 , 2021
The Chinese Communist Party (CCP) has constructed a strategy that is predicated on both passively absorbing and actively acquiring technology from abroad. Although the tech outflow from the United States to China has undercut U.S. national security, stymying it is easier said than done—and Beijing’s playbook is evolving in response […] 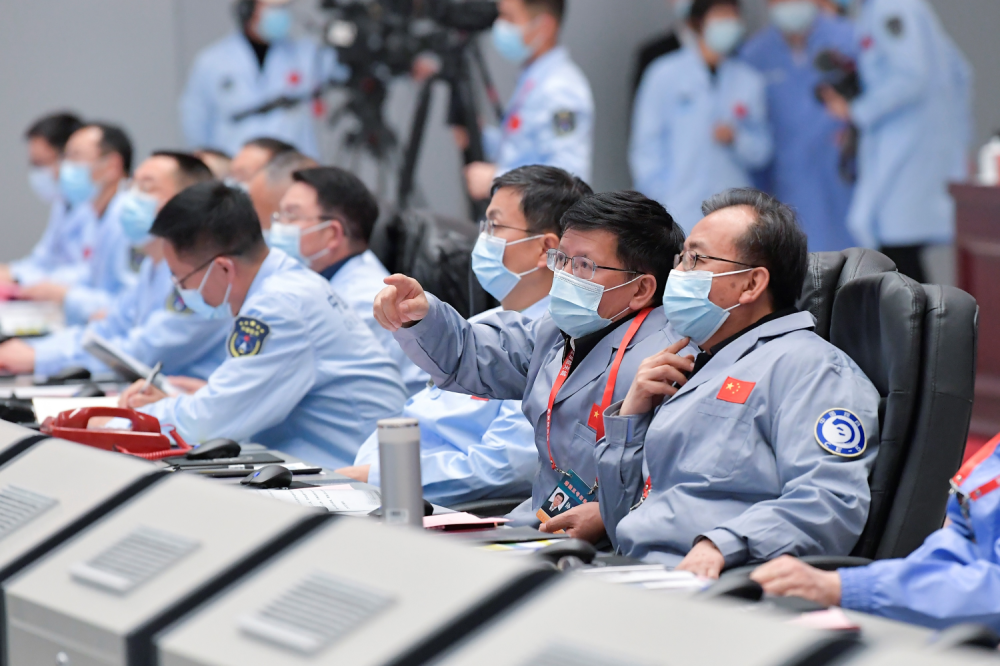