Samson Jenekhe, a University of Washington professor in both the Department of Chemistry and the Department of Chemical Engineering, and Anna Karlin, a UW professor in the Paul G. Allen School of Computer Science & Engineering, have been elected to the National Academy of Engineering, announced Feb. 9 by the academy. Jenekhe and Karlin are among 111 new members across the U.S. who are honored for contributions to “engineering research, practice, or education” and to “the pioneering of new and developing fields of technology, making major advancements in traditional fields of engineering, or developing/implementing innovative approaches to engineering education.”

Jenekhe, professor of chemistry and the Boeing-Martin Professor of Chemical Engineering, studies the fundamental physical and chemical properties of semiconductor materials, as well as their practical applications. Research topics have included organic and flexible electronics, the use of organic light-emitting diodes for lighting and displays, energy storage and conversion systems, semiconducting polymers and polymer-based photovoltaic systems.

Jenekhe is fellow of the American Association for the Advancement of Science, the Royal Society of Chemistry and the American Physical Society, which in 2021 also awarded him the Polymer Physics Prize. He was elected to the Washington State Academy of Sciences in 2013 and in 2014 received the Charles M.A. Stine Award for Excellence in Materials Science from the American Institute for Chemical Engineers. 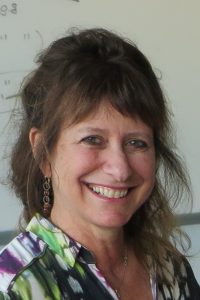 Karlin, who holds the Bill and Melinda Gates Chair in the Allen School, is a member of the school’s Theory of Computation group. Her research centers on designing and analyzing certain types of algorithms — such as probabilistic algorithms, which incorporate a degree of chance or randomness, and online algorithms, which can handle input delivered in a step-by-step manner. Karlin also works in algorithmic game theory, a field that merges algorithm design with considerations of strategic behavior. In addition, her studies have intersected other disciplines, including economics and data mining.

She earned a bachelor’s degree in applied mathematics and a doctoral degree in computer science at Stanford University. Karlin worked for five years at what was then the Digital Equipment Corporation’s Systems Research Center before joining the UW faculty in 1994.

James De Yoreo, chief scientist at the Pacific Northwest National Laboratory, has also been elected to the academy. De Yoreo is a UW affiliate professor of chemistry and of materials science and engineering.

Tue Feb 15 , 2022
New Jersey, United States,- Computer Network Attached Storage Market Research offers you all the data related to your industry size, general operating models and growth potential. It talks about the characteristics of customers in a specific industry. It also shows how the COVID-19 pandemic is having serious economic consequences around the […]