ROCKVILLE — Solano Community College Superintendent-President Celia Esposito-Noy opened her remarks at Wednesday’s ceremony for the new Library and Learning Resource Center by saying, “I’m happy to see everyone full size.” “After looking at just heads for two years on the computer, we finally made it,” Esposito-Noy said. “There is […]

“After looking at just heads for two years on the computer, we finally made it,” Esposito-Noy said. “There is no better reason than to be here on campus to open this incredible new building. We’ve all waited a long time for this.”

Solano College’s newest prize to the Rockville campus officially opened its doors for students and faculty. The Library and Learning Resource Center will be the new heart of campus and allow access to many state-of-the-art resources and tools.

“This building is a beautiful reminder of what we can create, despite unexpected opponents,” Board President Sarah E. Chapman said. “I’m pleased to see successful completion of this project. We have created a state-of-the-art facility to support our students now and into the future.”

Chapman said the project had a big impact on the local economy. There were 41 subcontracts for special tradesmen, more than 145,000 hours of planning, design and construction, and 70 full-time jobs during the past year.

Even trees that had to be removed were accounted for as firewood, gardening mulch and more.

This was one of the largest projects planned for the Measure Q bond program. Work on the new building is complete, and phased moves have taken place since January.

Solano College officials could not give an overall cost number but it was reported in the Daily Republic at upward of $39 million in 2019 during the ceremony to break ground for the project. Funding jointly came through Proposition 51 – a $9 billion statewide bond passed in November 2016 to fund K-12 and community college projects –and Measure Q – the $348 million bond passed by local voters in 2012.

Demolition of old Building 100, the previous library which opened in 1971, has begun with the completion of the full project expected midyear.

The new building is just under 60,000 square feet at 59,353. Located in the heart of campus, it is expected to enhance student access to a “high-tech touch” learning environment. There is no shortage of USB ports throughout, in couches, on tables and walls.

“We flipped the library on its head and did away with the professional need to shush you,” Fuller said.

This library is a go-to spot for students, fulfilling numerous needs that include conversation, study and rest, Fuller said.

It will have many functions. It has traditional library print resources with a computer commons and digital resources, study rooms, tutoring, the college’s Data Center and main servers for institution-wide technology. There is also an audio-visual arts television studio and a faculty/student training center.

As the college shifts from a focus on lecture-based teaching to a tone of active and collaborative learning, and new modes of instruction, the new center is ready for the new challenge, college officials said. The flexibility of space will allow for evolving use of the building as technology and student learning/instructor
teaching styles change over time.

There is even an atrium skylight in the middle of the building with a Teflon fabric that can inflate or deflate, changing the light as needed.

Local dignitaries and school leaders were given tours of the building once the initial welcoming and remarks were complete.

“Faculty and students were critical in how this building looks, what services it will provide and how the space was creatively used,” Esposito-Noy said. “And it could not come at a better time than when we are welcoming back more students to campus.”

The design manager for the building was Kitchell CEM of Sacramento; the architect Noll and Tam Architects of Berkeley; the construction manager Swinerton Management & Consulting, which has offices in Concord, Oakland, Richmond, San Francisco and Sacramento; and the general contractor BHM Construction Inc. of Napa.

Have an old laptop or computer? Give it new life with Chrome OS Flex

Mon Apr 4 , 2022
Jason Cipriani/ZDNet Do you have an old laptop or computer sitting in the corner of your office, collecting dust and taking up space? Instead of saying that you’ll find a use for it, one day, take a few minutes out of your day to give it new life by installing […] 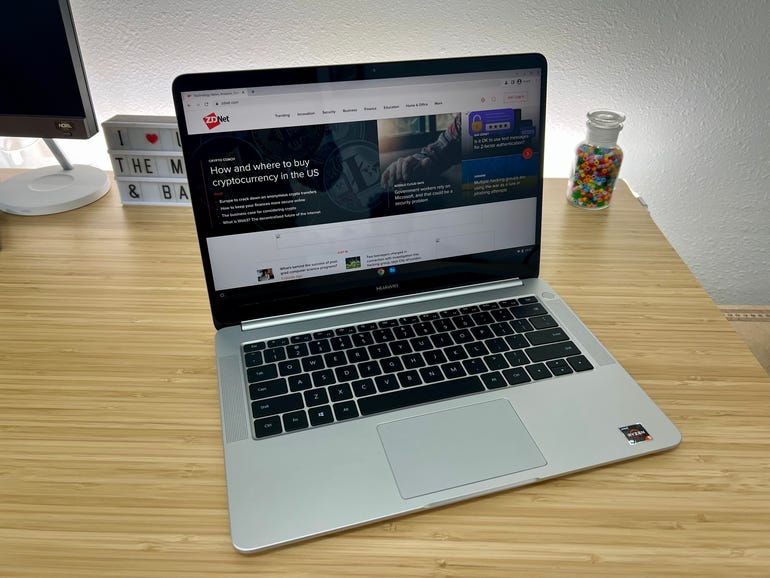