With NFINIT’s San Diego data center as the students’ classroom, the program seeks to give each student skills in cybersecurity, the cloud, network engineering and data science during the six-month internship.

After providing interns with exposure to a broad view of IT-related career choices, the program allows students to choose one area of interest to focus on. While Cabal has worked on developing a “honeypot” — a controlled environment created to lure cyber attackers as part of a data center’s constant check for security weaknesses — Minimo chose to build a server that allows NFINIT to perform speed tests within its network.

Cabal and Minimo also learned the ins and outs of managing a network operations center, including the deployment of virtual servers, remote hands tasks, creation and resolution of customer trouble tickets, cable construction and fiber cabling.

“By combining a computer science education and practical training in growing tech fields, we’re empowering underserved students with boundless opportunities,” said Art Lopez, Sweetwater’s District computer science teacher. “When it comes to the computing and tech fields, far too few women and people of color are represented, and we’re working to change that.”

“Sweetwater students have access to many internship opportunities, but this is the first of its kind in computer science, with a focus on underserved populations,” Lopez added.

Eleven years ago, Lopez and other district leaders, in collaboration with the San Diego Supercomputer Center and UC San Diego CREATE, began a computer science program at Sweetwater, which has grown to span 65 courses throughout the district.

“Though we serve global clients at NFINIT, we’re very focused on giving back to our local community, and we’re in a unique position to do so,” said Denis Savage, vice president of operations for NFINIT, who is managing the program along with Phil Kenney, CEO of NFINIT. “I can’t think of a better way to do that than by providing opportunities for Sweetwater students to boost their STEM education in a practical setting, learning skills that will empower themselves and their communities for years to come.”

According to Code.org, only about 22% of participation in the computer science Advanced Placement exam in U.S. high schools is by women and 13% by students from marginalized racial and ethnic groups. While diversity in computer science continues to be lacking, computer and information technology jobs are expected to grow by 11% between 2019 and 2029, with a median annual salary of $88,240, ComputerScience.org reports.

“It’s at the heart of our promise to Sweetwater students that we’ll provide equitable access to opportunities that will help them succeed,” said Ana Maria Alvarez, assistant superintendent at the district. “To that end, careers powering the digital economy are the future.”

“We’ve seen throughout the pandemic the incredible relevance and necessity of internet connectivity and data security,” she said. “By teaching Sweetwater students applicable, marketable skills using a world-class data center that happens to be right in their community, we’re empowering their future.”

NFINIT will welcome at least two more interns in June 2022. The application process is scheduled to kick off in April.

Wed Oct 6 , 2021
MIT has announced the conclusion of its Campaign for a Better World, which raised $6.24 billion to support the Institute’s work on some of the world’s most pressing challenges. Altogether, 112,703 individuals and organizations contributed to the campaign, which was publicly launched in 2016 and formally ran from July 2011 […] 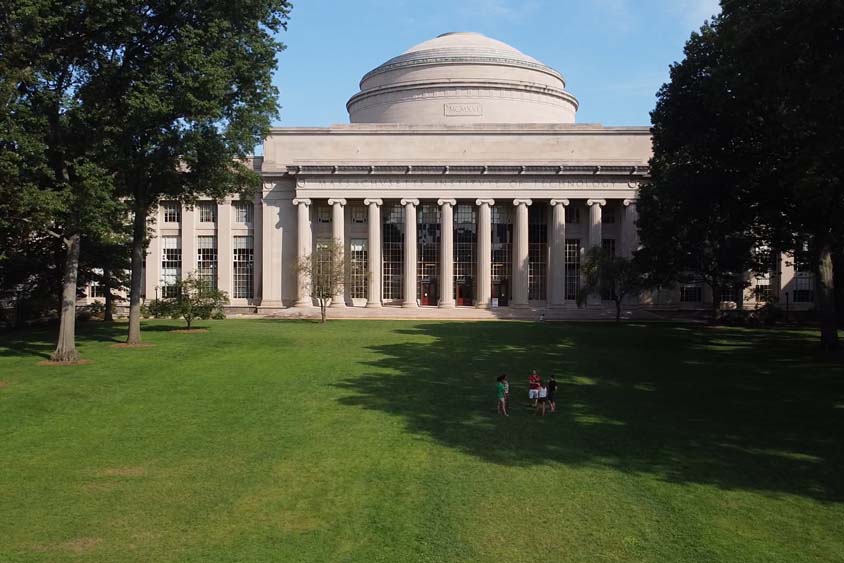