Fort Worth A Weatherford man has been sentenced to 12 years in prison after he was caught on video smashing a computer with a hammer in an attempt to stop authorities from seizing it because it may have had child pornography, the Parker County district attorney said Friday. Weatherford police […]

A Weatherford man has been sentenced to 12 years in prison after he was caught on video smashing a computer with a hammer in an attempt to stop authorities from seizing it because it may have had child pornography, the Parker County district attorney said Friday.

Judge Graham Quisenberry sentenced Joe Eddie Stephens, 71, on Wednesday to 12 years for promotion of child pornography and 10 years for tampering with evidence. The sentences will be served concurrently.

A Parker County jury needed 15 minutes to convict Stephens on the charges.

He will be eligible for parole in three years.

The case began in May 2019 when Stephens’ son came home and found out his father had picked up two young girls from an elementary school under the guise that they were going to with his granddaughter.

The son became concerned when he realized the granddaughter was not there and Stephens was taking pictures of the two girls posing provocatively in their swimsuits.

“When Mr. Stephens was confronted by family members, he blamed ‘other people’ that he said must have accessed his computer,” said Parker County District Attorney Jeff Swain in a Thursday news release. “When the family didn’t buy that, he said he was lonely and then threatened to commit suicide, which is what led to Weatherford PD being called.”

Before Weatherford police arrived, Stephens became enraged, pulled the computer out the wall and threw it against a fireplace before taking it out to the garage.

Once in the garage, Stephens grabbed a claw hammer and smashed the computer 24 times, Swain said.

Weatheford police obtained a warrant and seized the computer and Stephens’ cell phone.

“Throughout the defendant’s phone, we found numerous images of what is known as child erotica,” said Assistant District Attorney Travis Warner, who tried the case for the prosecution along with Assistant District Attorney Abby Placke. “Those images were of pre-pubescent girls dressed in lingerie posed in sexually provocative ways. While they were not child pornography, the pictures sexualized children in a way that should be offensive to everyone.”

Swain said the computer was destroyed, and authorities could not salvage any videos.

Stephens’ wife recorded her husband in the garage.

On the video, Stephens’ wife can be heard telling him to stop and that he is only making things worse for himself.

He responds by saying, “They got this as evidence,” and “Nobody has the right to look at someone’s camera.”

But his wife responded, “Did you have the right to look at somebody’s child?”

Related stories from Fort Worth Star-Telegram

Star-Telegram breaking news reporter Domingo Ramirez Jr. has been in journalism for more than 35 years. It’s the job he has loved from day one.

EXPLAINER: What the metaverse is and how it will work

Fri Oct 29 , 2021
LONDON — The term “metaverse” seems to be everywhere. Facebook is hiring thousands of engineers in Europe to work on it, while video game companies are outlining their long-term visions for what some consider the next big thing online. The metaverse, which could spring up again when Facebook releases earnings […] 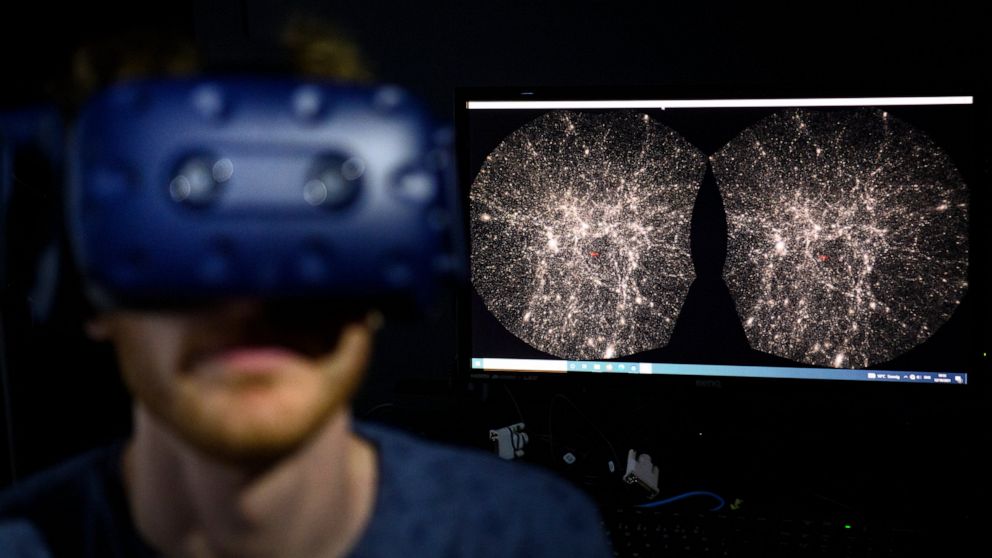