There’s no point in having a quantum computer if it’s not smokin’ fast; otherwise it’s way too much trouble, what with all the subzero temperatures and instability and such. So it’s always newsworthy when somebody sets a new standard for quantum computing processing speeds, even if quantum computers are far […]

There’s no point in having a quantum computer if it’s not smokin’ fast; otherwise it’s way too much trouble, what with all the subzero temperatures and instability and such. So it’s always newsworthy when somebody sets a new standard for quantum computing processing speeds, even if quantum computers are far from common commercial use.

In this case that somebody is IBM, which recently announced its newly developed quantum computing processor, called Eagle, has broken the 100-qubit barrier. IBM

Fusion boldly (if clumsily) says it views Eagle “as a step in a technological revolution in the history of computation.” (It sounds like an algorithm wrote that sentence! Is this where you’re leading us, Big Blue? A quantum future of incoherent techspeak?)

I’m being too harsh on IBM, which humbly notes that its record-breaking accomplishment wasn’t the product of a brilliant insight or sudden epiphany. It was hard work, baby!

“Constructing a processor that breaks the hundred-qubit barrier wasn’t something we could do overnight,” IBM Fusion says. “Constructing one of these devices is an enormous challenge. Qubits can decohere—or forget their quantum information—with even the slightest nudge from the outside world.”

So true, which is why I mentioned the instability issue at the beginning of this post. Decoherence is one of the biggest challenges in quantum computing. As Scientific American explains, use of quantum states “leaves the quantum computer much more vulnerable to errors than a classical computer would be.”

“These errors arise from decoherence, a process in which the environment interacts with the qubits, uncontrollably changing their quantum states and causing information stored by the quantum computer to be lost,” Scientific American writes. “Decoherence could come from many aspects of the environment: changing magnetic and electric fields, radiation from warm objects nearby, or cross talk between qubits.”

In its announcement, IBM Fusion spends no time explaining the significance of Eagle breaking the 100-qubit processing speed barrier beyond generalizations such as “our team is solving challenges across hardware and software to eventually realize a quantum computer capable of solving practical problems in fields from renewable energy to finance and more.”

There is no inherent significance to the 100-qubit processing speed barrier, other than as a marker of progress. Indeed, IBM’s Quantum Roadmap calls for a 1,000-qubit chip by the end of 2023—10 times the processing speed in less than two years. Meanwhile, Google, Microsoft, D-Wave Systems, Intel, Toshiba, Hewlett Packard, and many other companies–along with countries such as China, Germany, Canada, the U.S., India, and Japan—also are developing quantum computing technology.

IBM has declared this the Quantum Decade, in which “enterprises begin to see business value from quantum computing.” Big Blue is describing the early adoption phase. (I’d be more inclined to call the ensuing period of mass adoption the Quantum Decade, but IBM again has neglected to ask me for marketing advice.)

Once quantum computing is widely deployed, expect it to be used, among other things, to:

A decidedly mixed bag. But that’s the thing with emerging technologies; they can be used and misused. Overall, though, quantum computing will be a huge net plus for businesses, scientists, researchers and anyone who has to quicky perform what Harvard Business Review calls “combinatorics calculations.” Whenever the Quantum Decade actually begins, it will be exciting.

Join the Network World communities on Facebook and LinkedIn to comment on topics that are top of mind.

Fri Jan 7 , 2022
Next generation computer to be built in Humboldt Park, generating momentum for Chicago’s INVEST South/West initiative and quantum computing hub CHICAGO, January 06, 2022–(BUSINESS WIRE)–EeroQ, a leader in the field of quantum computing, is moving its headquarters to Chicago at The Terminal, an IBT Group development. EeroQ has signed a […] 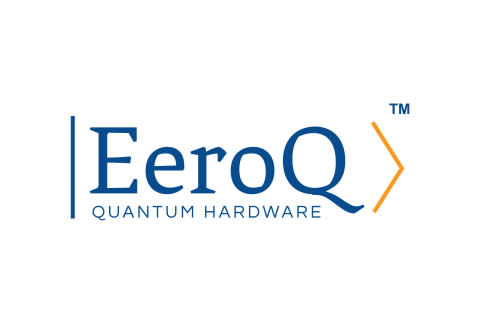